Pituitary Gland: What It Is, Function & Anatomy

Pituitary Gland: What It Is, Function & Anatomy 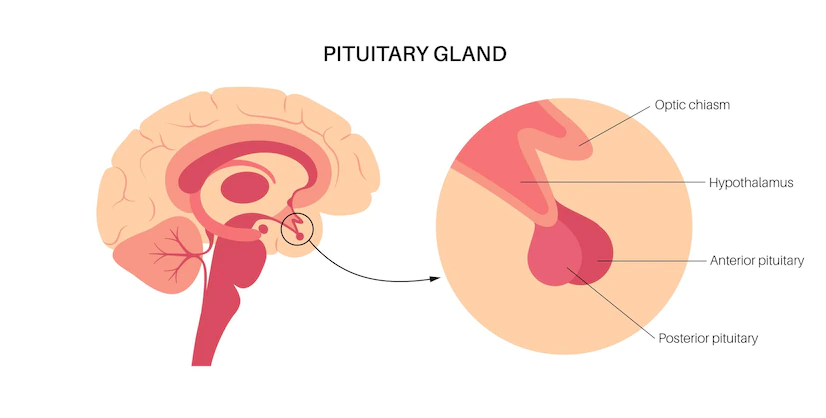 What Is The Pituitary Gland?

What Does A Pituitary Gland Do?

The pituitary gland is a small gland in the brain that regulates many bodily functions such as growth, metabolism, reproduction, and sexual development. It is also responsible for secreting hormones that control other glands in the body, such as the thyroid, adrenal gland, and ovaries. Additionally, it secretes hormones that regulate the immune system and brain growth.

The function of the pituitary gland is to secrete hormones into the bloodstream that tell the other glands to release hormones. When the pituitary normally releases growth hormone, for example, it tells other glands such as the thyroid and adrenal glands to produce more stimulation to trigger growth.

The pituitary gland is also responsible for releasing antidiuretic hormone, which helps regulate the body’s water level. Without it, the body would often lose too much water and become dehydrated.

How Does The Pituitary Gland Work?

The pituitary gland controls many other organs in your body, including your thyroid and adrenal glands. The pituitary gland releases hormones into your bloodstream that regulate how these organs work, so the lack of a functioning pituitary gland can significantly impact your body. It has been estimated that less than 0.5% of people with hyperpituitarism have symptoms, so it is often difficult to diagnose. 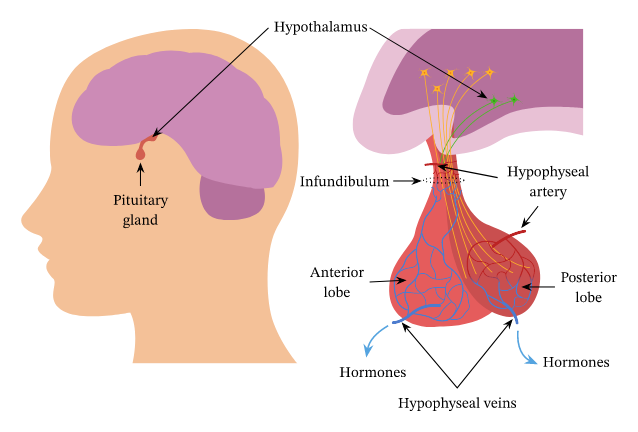 The Function Of A Pituitary Gland – A Comprehensive Review 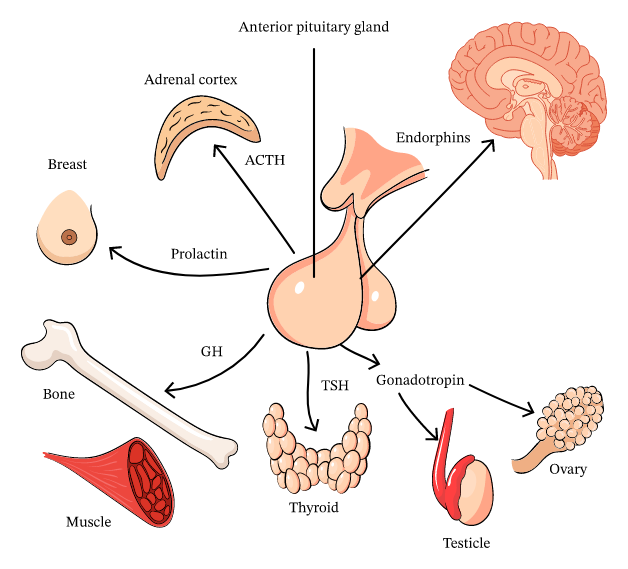 Luteinizing hormone (LH) is a hormone produced by the hypothalamus in response to rising estrogen levels. Its production is suppressed by testosterone. It triggers ovulation, which allows for fertilization.

Follicle-stimulating hormone (FSH) is produced by the anterior pituitary gland. FSH stimulates the growth of follicles in the ovaries, producing estrogen & progesterone.

Vasopressin is a hormone released from the brain to help control blood pressure. It has a variety of other functions, such as increased urine production, stimulating the appetite, and promoting water retention.

Prolactin is a hormone produced by the pituitary gland that helps produce breast milk. It is responsible for stimulating lactation and promoting the growth of uterine fibroblasts, which are cells that produce collagen.

For a long time, researchers and scientists believed that the hormone oxytocin would help with one thing: reproduction. This hormone has been associated with emotional bonding, which is necessary for reproduction. But new research has shown that oxytocin is capable of much more than just being used as a partner in reproduction; it can trigger the release of dopamine, which makes people feel good.

Anatomy Of The Pituitary Gland – Exploring Its Structure 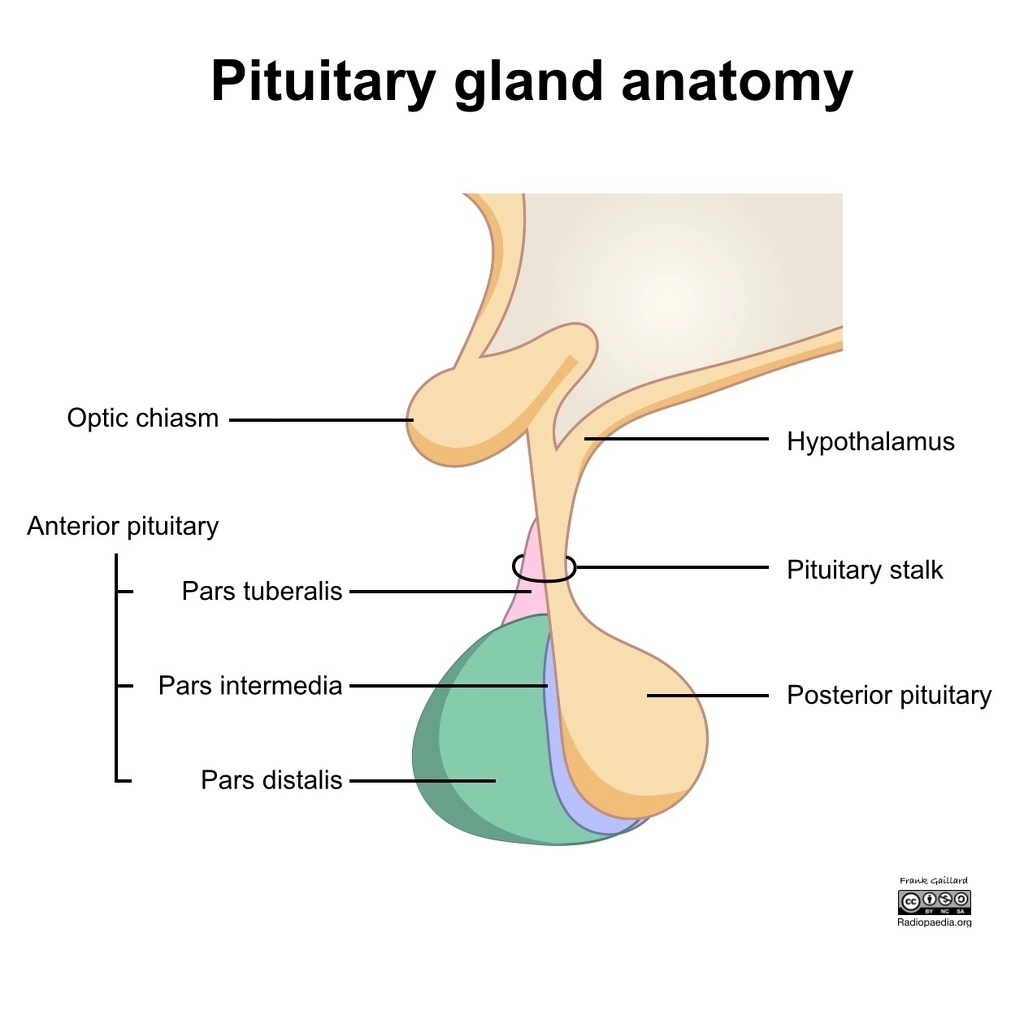 The structure of a pituitary gland can vary depending on its location in the body, but most are made up of three parts:

The capsule surrounds the tunica albuginea and contains many small glands called the infundibular cells. These cells make up a tubule system that releases hormones into the body via tiny channels called adenohypophysial (AH) ducts.

The tunica albuginea is a thin layer of tough fibrous tissue surrounding the trabecular meshwork’s outer edge. This meshwork is a network of tiny blood vessels in the cornea and provides nutrition.

A pars distalis is a thin membrane spanning the length of the right side of the brain, separating the cerebrum from the cerebellum. It acts as a barrier to prevent cerebrospinal fluid from flowing into the space between these two structures.

The cell mass is divided into an anterior lobe and a posterior lobe. The anterior lobe makes up the majority of the weight of the gland and is made up of tightly packed cells that produce hormones. The posterior lobe has a thinner cell mass and is responsible for secreting pituitary hormones into the bloodstream.

The anterior lobe has two segments:

The plexiform layer is composed of many small finger-like projections rich in nerve endings. It is responsible for hormone release into the bloodstream.

The ectopic layer has ducts for hormone release. It is responsible for releasing hormones into the capillary portal system.

An ectosome is a sac-like structure that produces hormones. The neurosecretory layer has many small projections called “ganglia” that contain secretory granules. These granules release the hormones into the capillary portal system.

The neurosecretory layer is located at the top of the posterior lobe and contains many blood vessels. The blood vessels supply nutrients to the cells of this layer, which produce hormones in the bloodstream.

It is not surprising that people lose weight when they have a malfunctioning pituitary gland. It can be a symptom of a range of diseases that affect the pituitary gland and lead to other problems, such as diabetes, hypothyroidism, and adrenal gland disorders. 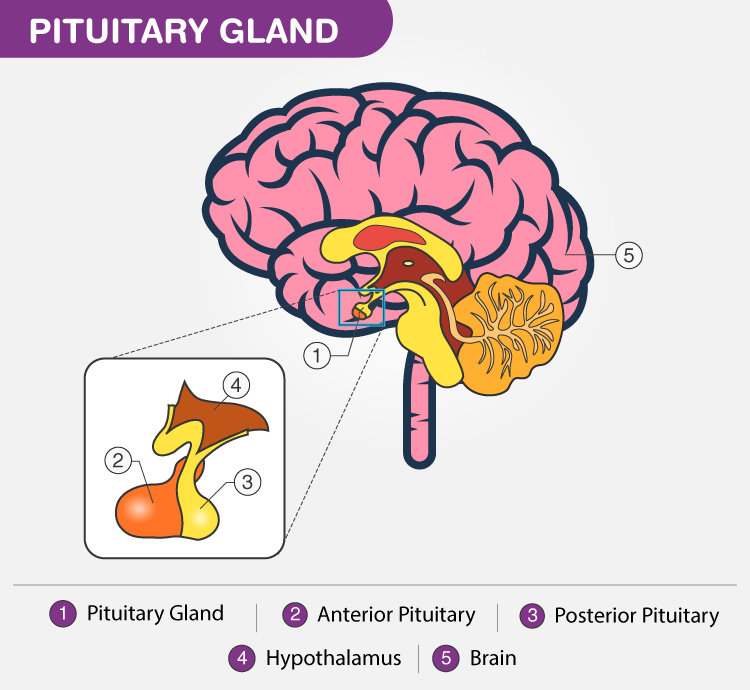 In the view of some experts, overeating and obesity are caused by a malfunctioning pituitary gland. As the gland compensates for hormone deficiencies, it makes people crave high-fat foods like butter and cream. Pituitary gland problems can cause a range of symptoms.

The weight loss benefits are not just limited to your waistline but also include:

However, there are some side effects that you need to be aware of before you start losing weight. Some of the health issues that may occur during weight loss are:

Why Your Pituitary Gland Struggles To Make You Lose Weight?

The Pituitary Gland is the master gland that controls your weight. It sends signals to other glands to make you lose weight or store fat.

The pituitary gland struggles to make you lose weight because it is not functioning properly. This can happen due to some reasons, such as low levels of thyroid-stimulating hormone or high levels of prolactin. 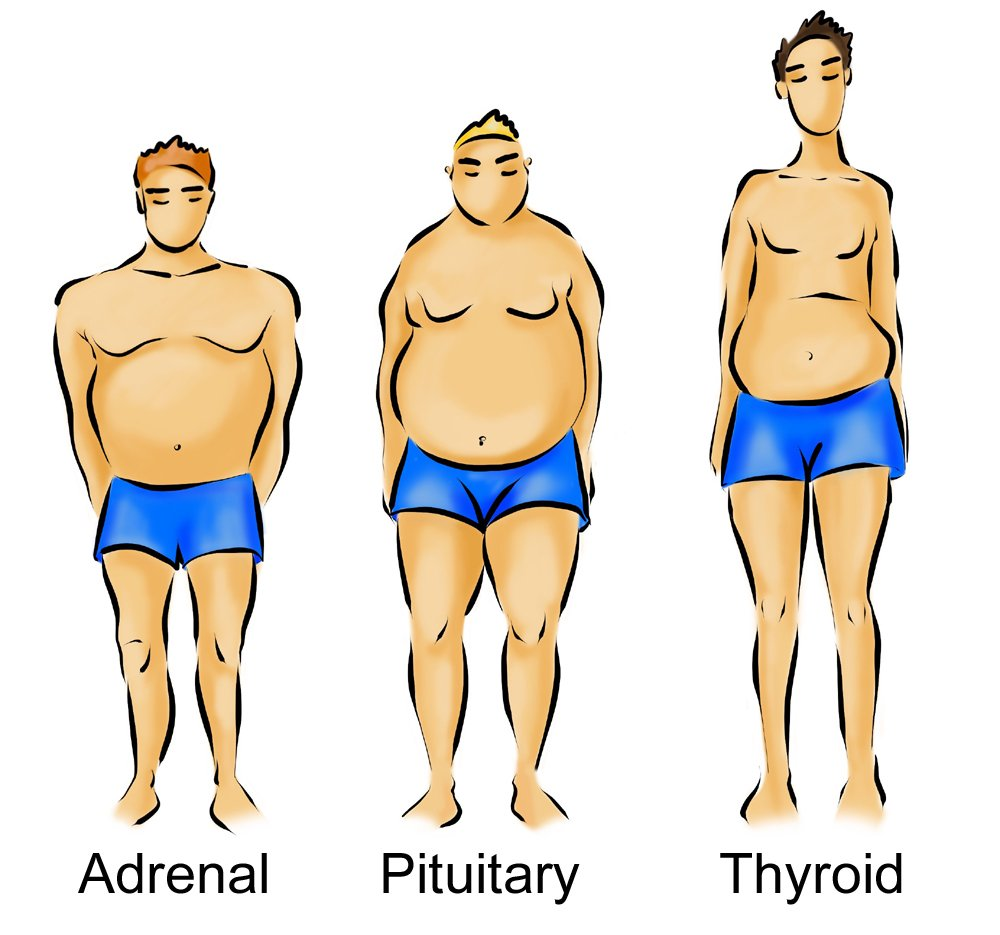 The role of the thyroid gland is mostly to regulate the metabolic rate, which supports weight loss. It regulates how much energy your body uses at rest, during exercise, and at night. With a healthy thyroid gland, your body will burn more calories than if it were not functioning properly.

It’s not easy to lose weight, but there are ways to reduce the struggle, including:

With all the information provided in this article, you should now have a better understanding of the pituitary gland and its function.

In conclusion, the pituitary gland is responsible for releasing hormones that are essential for maintaining normal bodily functions. The pituitary gland also regulates growth and development in children and sexual maturation and reproduction in adults.

The pituitary gland helps regulate blood pressure, body temperature, and heart rate and is responsible for regulating fluid balance and pH balance in the body. It also regulates body weight by releasing leptin when it senses that a person is not getting enough food. Leptin sends signals to the brain that there is no need for the body to store food and that the person is doing well.

The pituitary gland also controls how much sleep someone needs by releasing growth hormones during sleep.

If you are suffering from any disease related to the pituitary gland, feel free to connect with us. Visit our website Houston Endocrine Center to book your appointment, and we will get in touch with you soon.