What Is the Feedback Mechanism Of Hormones

Home/Tag:What Is the Feedback Mechanism Of Hormones

What Is the Feedback Mechanism Of Hormones, And How Does It Work? 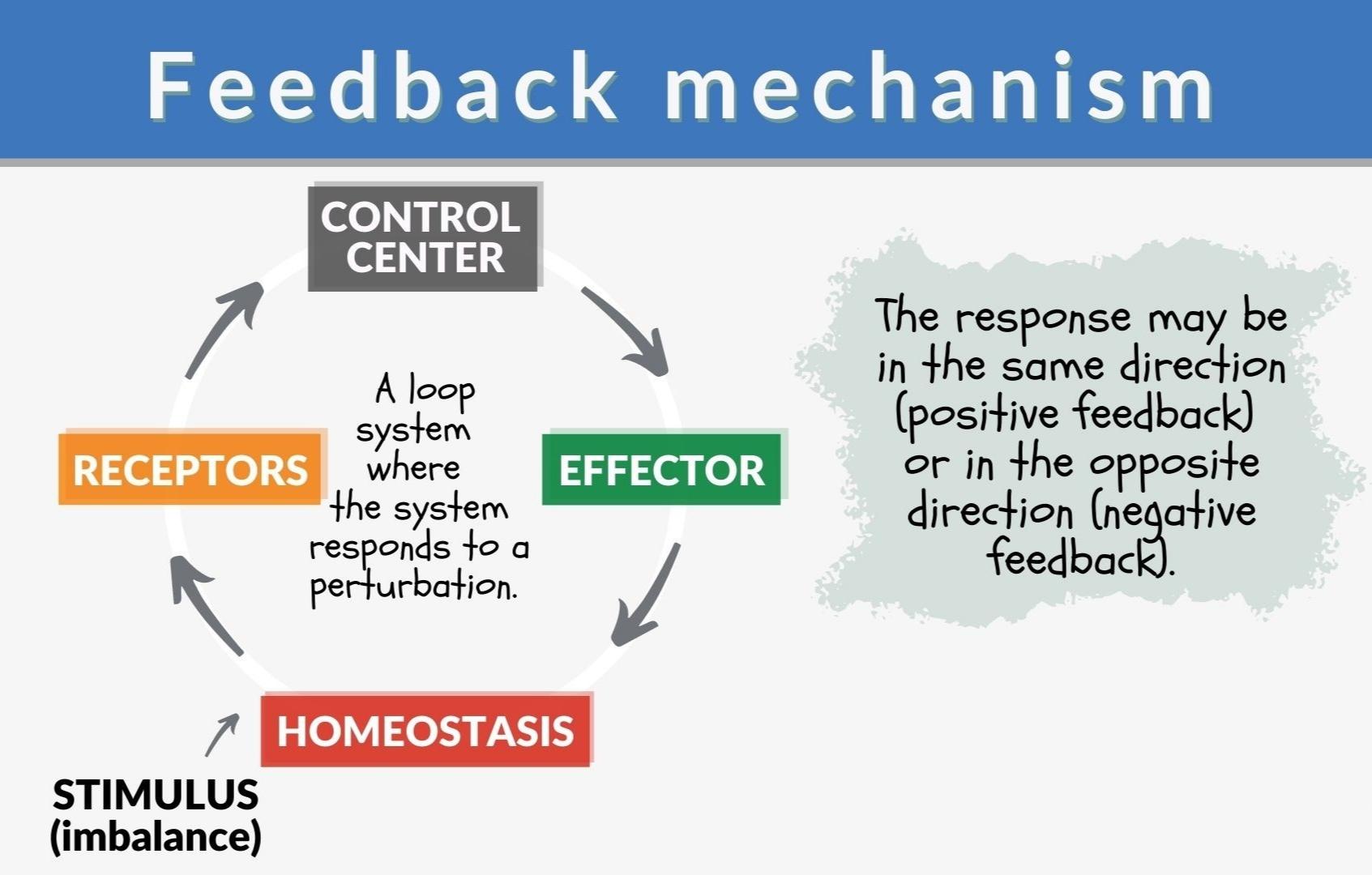 The human body is a complex structure of different organs. It is the main reason why some people are healthy, and others are not. The structural configuration of the body is made of various components which serve several purposes. The glands are located in various parts of the bodywork according to a particular pattern. These glands release hormones, which play an important part in keeping the body and its respective parts functioning properly.

But what is the feedback mechanism of hormones, and how does it work? Before I can answer that, we must first define what hormones are. Moving forward in this article, we will learn more about their feedback mechanism and its purpose.

Hormones are chemical messengers that are produced in the body. They are released into the bloodstream and send messages to target cells and organs, which in turn produce their own hormones. The brain is not directly affected by hormones, but it does have receptors for some of them (such as adrenaline).

Hormones are one of the major ways that your body communicates with itself. They help regulate many of your body’s functions, such as growth, development, and reproduction.

Some hormones can be made in one part of your body but affect another part of your body — for example, insulin is made by the pancreas but affects all cells in the body that use sugar for energy. Other hormones affect only one specific part of the body — for example, reproductive hormones such as testosterone or estrogen cause changes in sexual characteristics only in males and females, respectively!

Some of the most common types of hormones include:

This is a hormone that helps your body use sugar (glucose) from food. It also helps keep your blood sugar levels balanced, so you don’t get too high or too low after eating.

Growth hormone-releasing hormone is a peptide hormone produced by neurons in the hypothalamus gland located within the brain. It stimulates the release of growth hormones from the pituitary gland. 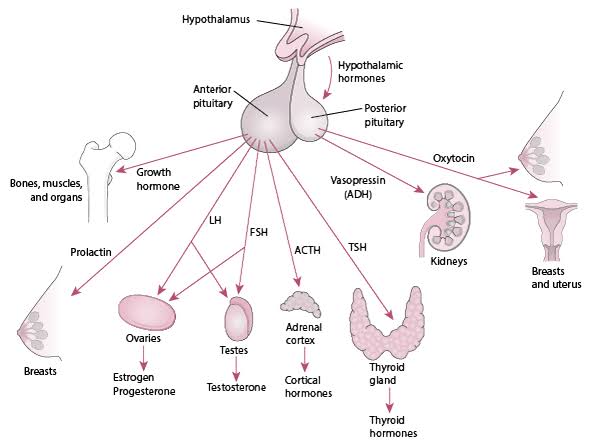 The gonadotropin-releasing hormone stimulates the release of both follicle-stimulating hormone and luteinizing hormone from the anterior pituitary gland. GnRH is secreted at night when testosterone levels are low and inhibits the secretion of LH during daylight hours.

Cortisol is a steroid hormone that is released by the adrenal cortex in response to stress and low blood glucose levels. Cortisol helps maintain blood pressure and blood sugar levels during periods of stress and also plays an important role in protein synthesis and fat metabolism.

Estrogen is a hormone that plays an important role in the development of female reproductive tissues. The main source of estrogen in women is the ovaries, although there are also estrogen receptors on other tissues such as adipose tissue, bone, and skin. Estrogen is also found in men but at lower levels than in women. Estrogens are the primary female sex hormones, with estradiol being the primary form of estrogen made in the body.

Progesterone is the major female sex hormone and is produced by the ovaries during the second half of your menstrual cycle (luteal phase). It prepares your uterus for pregnancy. Progesterone levels rise after ovulation (when an egg is released from an ovary). If you do not get pregnant, progesterone levels fall, and menstruation begins again. Progesterone can be measured through saliva or blood tests.

What Is The Feedback Mechanism Of Hormones?

Hormones often work together to control a single process or set of processes, but not always. Sometimes, one hormone controls one important process, while another hormone controls another process. 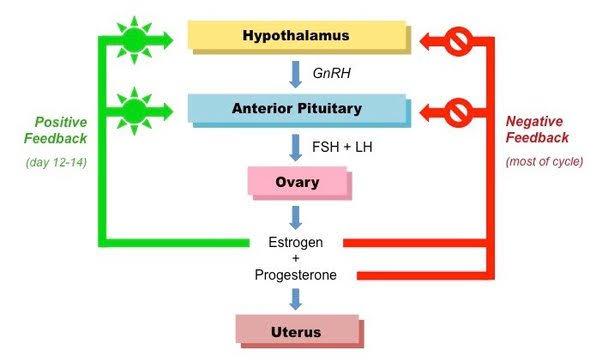 The feedback mechanism of hormones is a very important part of their function. The feedback mechanism is the reason why different hormones are released at different times and in different amounts. For example, when you eat something, it sends a signal to your brain that you are hungry. The brain then releases a hormone called ghrelin, which tells the stomach to get ready for food. As soon as the food hits your stomach, another hormone called CCK is released by the duodenum (the first part of the small intestine), and it tells the brain that you are full and don’t need any more food at this time.

The feedback mechanism also works in reverse order: when you are full, CCK will tell your brain that there is enough food in your stomach and no more needs to be taken in; this signal is then sent back to the stomach through CCK receptors on parietal cells (cells lining the stomach) which stop releasing gastric acid into your stomach — giving you that “full” feeling after eating a large meal.

How Does Feedback Mechanism Of Hormones Work?

The feedback mechanism of hormones is the way that they can either suppress or increase the production of an endocrine gland. The endocrine system is a network of glands that secrete hormones into the bloodstream. Hormones are chemical messengers that travel through the blood to different organs and tissues in the body, where they trigger certain changes in function. 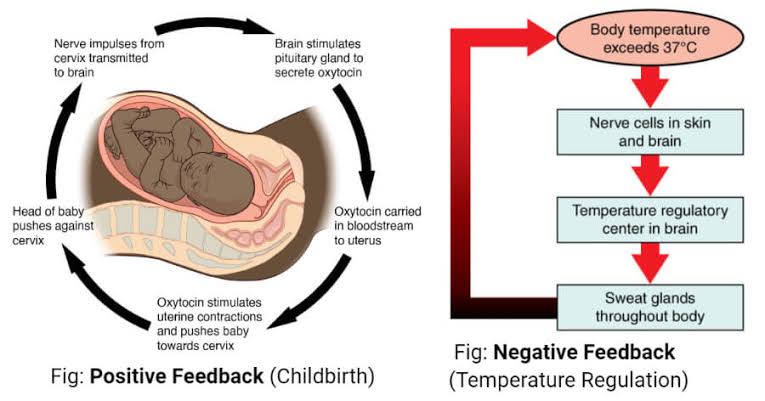 During this process, some hormones have been shown to have a negative feedback loop, which means that they have an inhibitory effect on the secretion of other hormones by their target organ. This helps regulate how much hormone is released from that organ into circulation at any given time.

For example, if you are having trouble sleeping and take melatonin as a sleep aid, it could cause your body to produce less melatonin because it has already been taken up by receptors in your brain and released into the circulation, where it can act as an inhibitor for melatonin production.

What Are The Two Types Of Feedback Mechanisms? 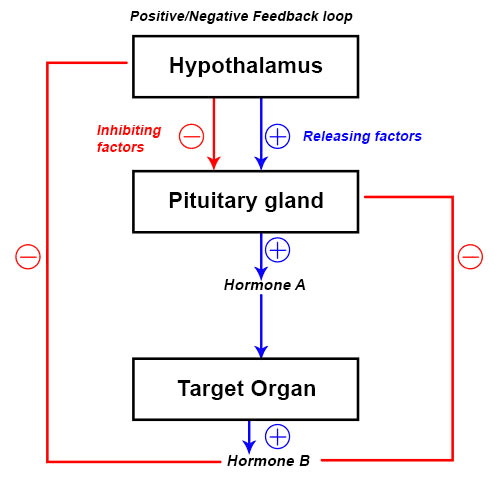 A negative feedback loop is when an effect is diminished by its own cause. For example, when an animal gets hurt by something sharp like a thorn or a needle, it will lick or chew on it to try to remove it from its body. The licking action causes saliva to come out, which helps in reducing pain and inflammation as well as removing foreign objects from their body so that they can heal without any further problems occurring later on in life (Biological Systems).

Which Hormone Is Affected By Positive And Negative Feedback Loops?

The major hormones that are affected by positive and negative feedback loops are:

Cortisol is a stress hormone. It is released in response to stress, including the stress caused by an increased ACTH level. Cortisol helps prepare the body for “fight or flight,” increasing blood pressure and blood sugar levels.

Melatonin is a sleep hormone produced in response to darkness. It is suppressed by light and released during sleep.

Epinephrine (adrenaline) helps with alertness, attention, and memory recall, among other things. Epinephrine is released in response to stress, as well as in anticipation of it (allowing you to get ready for action).

How Do Endocrine Glands Sense Hormone Levels As They Fluctuate In The Blood?

Endocrine glands, like the thyroid and adrenal glands, sense hormone levels as they fluctuate in the blood.

The body has a complex network of nerve cells that monitor internal conditions and communicate with other parts of the body. This nervous system includes two types of cells: neurons and neuroendocrine cells. The latter is found in endocrine glands such as the pituitary gland or hypothalamus. 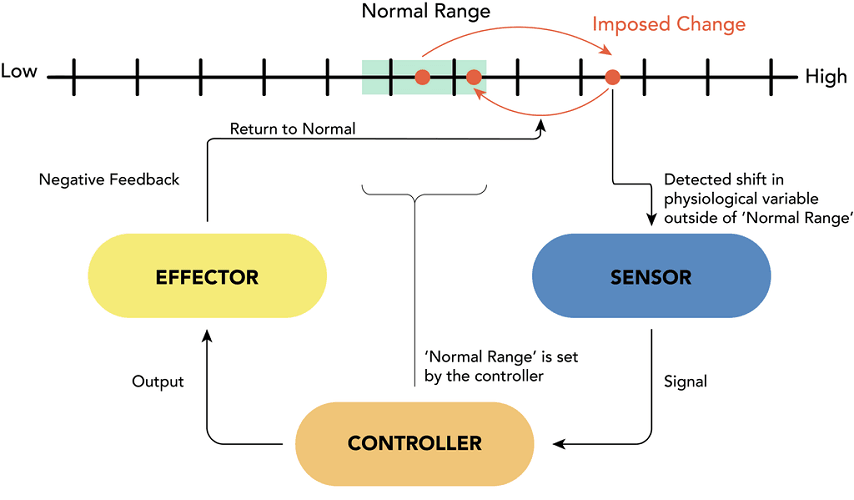 How Do Endocrine Glands Respond To These Fluctuations In Hormone Levels?

Neuroendocrine cells contain neurotransmitters (chemicals that transmit signals from one cell to another) that are released into the bloodstream when a hormone is detected. The neurotransmitters travel to their target organs, where they bind to receptors on cell surfaces. This binding triggers changes within those cells, which may result in increased or decreased production of hormones depending on how it affects receptor function. For example, if a hormone binds to its corresponding receptor on a neuron’s surface, it will activate this neuron which will then produce its own neurotransmitters. These neurotransmitters travel through nerve endings until they reach their target organ(s), where they bind to more receptors and create more changes within those cells as well!

The feedback mechanism is a complex network of hormonal interactions. Hormones are necessary for the maintenance of healthy bodily function and growth; furthermore, they can control the body’s use of energy. Specific hormones perform their tasks only in certain parts of the body, but even the ones with widespread functions will be regulated locally in specific tissues. Due to this localization, hormones don’t affect all parts of the body equally, but they do have a global effect. 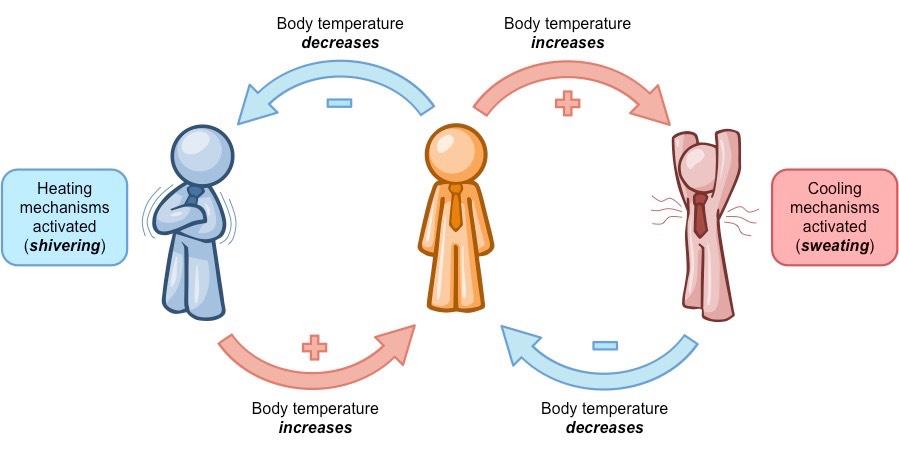 Houston Endocrine Center is an innovative and comprehensive center that offers the most advanced treatments for all the different types of hormonal disorders. We have a team of experienced and board-certified endocrinologists to help you with your hormonal issues.

The doctors at Houston Endocrine Center provide the best treatments for all your hormonal problems. We offer both preventive and therapeutic services to help you manage your condition. You can also reach out to us for advice on how to live with your condition or how to prevent it from happening again. To avail our services, visit our website and book an appointment with us!