What Is The Difference Between T3 And T4 In Thyroid Function?

Home/Tag:What Is The Difference Between T3 And T4 In Thyroid Function?

What Is The Difference Between T3 And T4 In Thyroid Function?

The thyroid gland is a small butterfly-shaped organ located in the lower part of the neck. It produces hormones, which control many important body functions such as metabolism, heart rate, and blood pressure. The thyroid gland secretes two types of hormones – thyroxine (T4) and triiodothyronine (T3). T3 and T4 are both produced from an amino acid called tyrosine.T3 is more potent than T4.

The thyroid gland is made up of thousands of follicles or sacs. Each follicle contains a single thyroid hormone-producing cell called a thyroid gland.

The two main functions of the human body are maintaining homeostasis (a balanced state) and fighting infection.

The hypothalamus produces hormones that control aspects such as hunger, thirst, and temperature regulation, while other glands produce hormones that influence growth during childhood and puberty.

What Is The Thyroid Gland?

The thyroid gland is in the front of the throat, just above your Adam’s apple. It’s shaped like a butterfly and is made up of two lobes (one on each side) connected by an isthmus (the “neck”).

The thyroid produces several important hormones that help regulate metabolism. Thyroid hormone production begins with iodine, which is taken up by cells in the thyroid gland and converted into its active form, T4 or thyroxine.

After being released into circulation through the bloodstream, T4 can be converted to T3—triiodothyronine—which has three iodine atoms instead of just one at the center of its molecule structure. 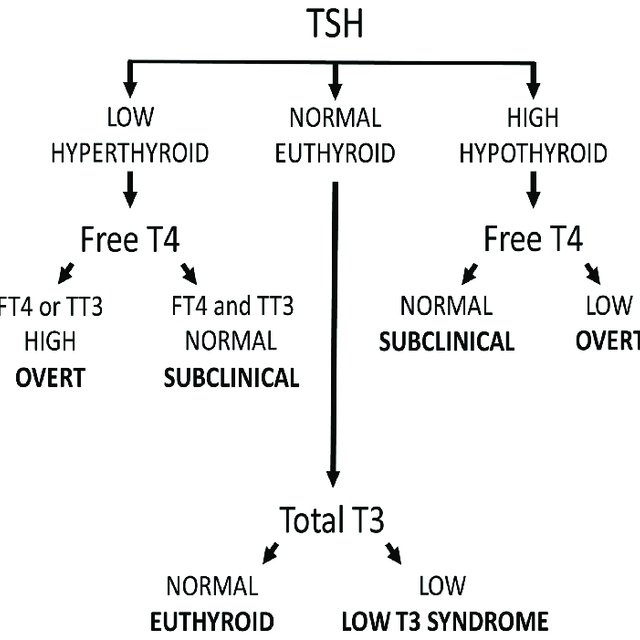 What Hormone Does It Secrete?

Both T3 and T4 are the hormones secreted by the thyroid gland.

Types Of Hormones It Secretes?

On top of that, it also passes on information about how much energy we need right now back up through another pathway called intracellular signaling cascades—that’s fancy talk for “how many calories do I need at this moment?”

What Is The T3 Hormone?

The T3 hormone increases your basal metabolic rate (BMR), which is how much energy your body needs to perform basic functions like breathing, circulating blood, digesting food, and thinking.

The BMR helps regulate many processes that keep you alive and healthy. You can think of it as the amount of energy needed for “non-volitional” tasks like living without physical activity or eating when we are not hungry.

It directly affects many different processes in our bodies, such as heart rate, blood pressure, digestion, and body temperature regulation, making it very powerful!

How Does The T3 Hormone Work?

The T3 hormone is produced in the thyroid gland by the actions of the enzyme 5′-deiodinase. It is converted from the T4 hormone, produced by converting thyroxine-binding globulin (TBG) to thyroxine (T4). The latter is then further processed into triiodothyronine or T3.

T3 hormone has several actions within the body that are important for metabolism and other normal body functions:

The Function Of The T3 Hormone?

Protein is essential for all living things, including plants and animals. Still, it is not used by humans unless it is broken down into smaller parts called amino acids, after which they can be absorbed into our bodies.T3 hormone also aids us during infancy by helping us grow rapidly and develop physically and mentally.

In addition to these important functions, T3 contributes to healthy bones by encouraging calcium absorption from food into blood circulation, which then travels throughout your body.*

When levels are low, however, they prevent too much weight loss, which can lead to muscle wasting along with serious health issues such as heart disease or type 2 diabetes.*

Disorders Related To The T3 Hormone

If your thyroid gland is not functioning properly, you may have hypothyroidism. In this case, the T3 hormone is not secreted in adequate amounts or proper quantities.

You will start to feel fatigued and experience other symptoms of low thyroid function, such as weight gain, mood swings, low libido, and more.

Suppose the problem persists and your body still cannot produce sufficient levels of T3 hormone on its own even after taking medication for that purpose (such as levothyroxine).

In that case, we may need to obtain an additional form of treatment for it: artificial stimulation by administering synthetic forms of T3 hormones directly into your bloodstream through injections or breathing them into your lungs using a machine called a nebulizer (a machine that breaks down medicine into finer particles).

The prevention of thyroid disease is similar to other diseases and requires a healthy lifestyle.

It will help if you avoid stress, smoking, alcohol, unhealthy food, and sedentary habits. These factors can lead to many health problems, including thyroid disorders.

You should also exercise regularly and eat healthy foods such as fruits, vegetables, and whole grains. Drink plenty of water daily to stay hydrated.

What Is The T4 Hormone?

T4 is the storage form of thyroid hormone. It’s the inactive form that needs to be converted to T3 to get working. T4 levels can be high without having hypothyroidism due to a process called “reverse T3”.

This happens when you have too much T3 floating around your system and not enough of the active form (T3). That said, if your doctor suspects this is happening, they’ll look at other factors like free t4 levels or free t3 levels instead of just total t4 levels.

In the thyroid gland, T4 hormone is produced and then converted to T3 in the liver. T3 is considered to be the active form of thyroid hormone.

T4 has a longer half-life than its counterpart, triiodothyronine (T3). A half-life refers to how long it takes 50% of a substance to break down or leave your body through excretion or metabolism.

The Function Of The T4 Hormone?

The T4 hormone is responsible for the regulation of metabolism and the production of T3 and T4. The synthesis of these hormones is stimulated by thyrotropin-releasing hormone (TRH), secreted from the hypothalamus. The two major functions performed by T4 are:

Disorders Related To The T4 Hormone

The T4 hormone is the main storage form of thyroid hormone, which is stored in your body and released when needed. When you have too little T4, you’ll need to take medication to replace it. Hyperthyroidism is caused by an overproduction of T4 and can lead to symptoms such as weight loss and fatigue. Other conditions related to T4 include:

An enlarged thyroid gland that causes the neck area to swell

If you have heart problems or are at risk for heart disease, talk to your doctor before starting an exercise program. They may want you to check with them first before exercising.

Sleep deprivation can affect thyroid function by slowing down the production of hormones needed for proper thyroid function, like T3 and T4 molecules, all over again. Even if it’s hard, sometimes try not to go too long without getting enough shut-eye because it will only worsen things if left unchecked over time!

I hope you enjoyed reading this article and learned something new about thyroid function. If you did, please share it with others who might benefit from the information!